"Everything is NOT going to be OK"

In the beginning, there was Χάος. Next, The Gods were created, who in turn created man, woman and beast to fuel their immortality. Then, all of a sudden, a huge, high-speed, red, flying Pentacle, appeared out of nowhere and started illuminating The Universe with red color of wavelength 660nm. When the humans saw the huge and flying, red Pentacle, they were scared to death and they marveled and pondered: "Who is more powerful? The Gods or The Pentacle?", so they then proceeded to ask the Great Delphi Oracle, who gave them the following Laws, as a punishment to their proud curiosity.

Weapons Against The Universe 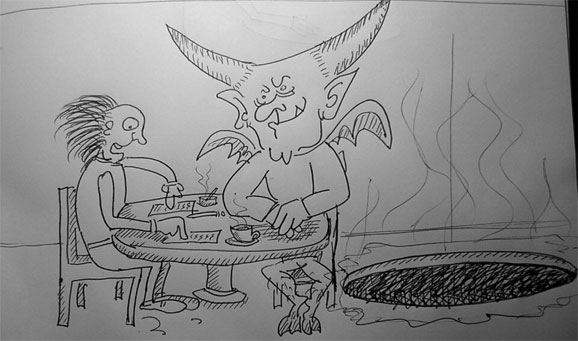